Have you ever wondered what it takes to be the best, to represent your country at the Olympics? 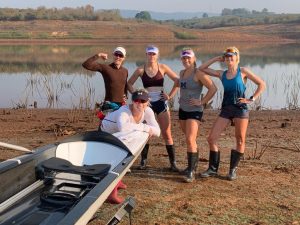 We would like to take the opportunity to celebrate five incredible women in the RMB National Squad who know what it takes to represent South Africa.

These ladies have committed up to eight years of their life training with Roger Barrow, head coach of the RMB National Squad, with one goal, Olympic gold medal.

The newest members to the team Jessica Schoonbee and Taylor-May Bentley: 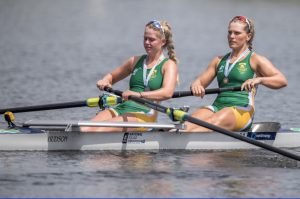 Jessica Schoonbee and Tayla-May Bentley have returned to South Africa to join the RMB National Squad after winning Silver at the U23 World Rowing Championships in the USA.

Both Jessica and Tayla-May received scholarships for the University of Michigan for rowing. They have just come off the back of a competitive season of racing at Michigan, ready to represent South Africa in Austria at the World Rowing Championships. This is the biggest regatta of the year, it is the qualifier for Tokyo 2020 Olympics.
Jessica and Tayla-May said: “Achieving second place at the U23 World Championships in the USA has reminded us of the thrill of representing South Africa, and we aren’t willing to back away from representing the green and gold again.” 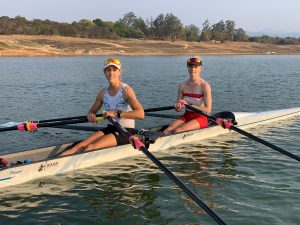 Ursula Grobler is one of the most experienced rowers in the RMB National Squad, having rowed in the finals at the 2016 Rio Olympics with Kirsten MacDonald. Ursula took a short break from rowing in 2017, she got married to her now husband Donovan, climbed Mt Kilimanjaro, ran the Two Oceans Marathon and Comrades Ultra Marathon.
Ursula dream of a gold medal at the olympics has brought her back to the RMB National Squad, more determined and focused. 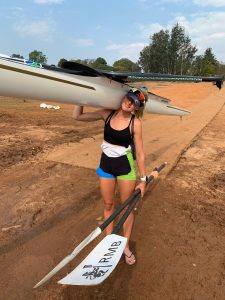 Nicole van Wyk joined the RMB National Squad in 2017, Partnering up with Nicole has brought more depth to the team and has had an amazing 2 years bringing home medals from around the world. Nicole recently got Silver in the women’s lightweight double with Kirsten MacDonald and silver for the women’s lightweight scull at the Regatta Internazionale Memorial Paolo d’Aloja in Piediluco Italy. 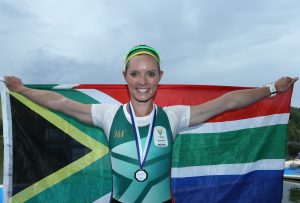 Kirsten MacDonald rowed in the 2016 Rio Olympics finals with Ursula Grobler finishing 5th. Kirsten is incredibly talented and dedicated. In 2017 Kirsten won gold at the Rowing World Championships in the USA and in November 2017 Kirsten won a public vote to be a nominated as a finalist for the World Rowing Awards. Kirsten is passionate about being a role model to school girls, inspiring people to follow their dreams, nutrition and rowing. 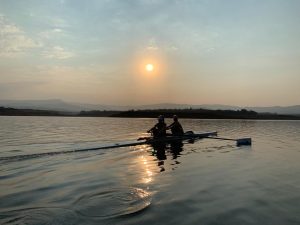 These ladies are powerful women, they are role models, they lead by example and they continue to inspire us.
Join us in celebrating the women of the RMB National Squad.

The RMB National Squad are currently in final preparation for the biggest regatta of the year. They will be racing in Austria from the 25th to 31st August to qualify boats for the Tokyo 2020 Olympics.
The team will be up against the best rowers from around the world fighting it out for a spot at the Olympics. 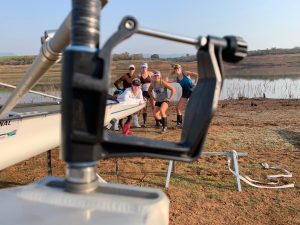 RMB shines a light on solutions for a courageous nation