The CN&CO team could be described as the scatterlings of Africa right now, since we really are all over the place – geographically speaking, that is. It’s part of our lifestyle business approach: being able to work wherever we are and finding a balance that helps us to succeed in all areas of life. Here’s where we were at noon on Friday, 6 July 2018. (Where were you?) 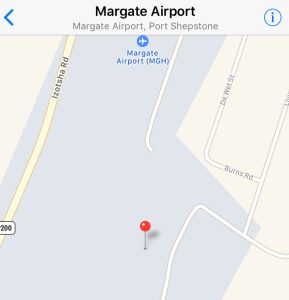 Carel on his way out of Margate

Carel: was at the airport in Margate, about to board the plane for his flight back to Joburg post his guest speaker appearance at the South Cost Hospice AGM. He is their running ambassador and reminds us that “Hospice is not about death, but rather about living”! He lands in Joburg and heads straight onto another flight to George, for the Knysna Half Marathon this weekend with Rikus. This week he has been working on the launch of the iMadiba with our Partner Satrix, agile HR at EasyEquities (he is the Engagement coach—focus is on relationships with all stakeholders), and OUTsurance with Josh focusing on OUTvest and a very cool on-demand life insurance offering OUTthere.

Thabs: Getting things done at CN&CO HQ! Making magic for our partners Ince and running the launch of the iMadiba project with Carel. She was the first one in the office this morning, setting a new trend of being the first one to the party, being fashionably late is too main stream.

Kurt: Our Leb was on the road between two meetings. He sent his location through accompanied by a voice note—he’s what it said. “Just got off the phone with Josh, currently heading home quickly to check in with the ‘handy man’ to make sure everything is sorted for Carel to move in this weekend. Then off to CN&CO to touch base with the team for an hour, before heading off to GT247 for a meeting”. 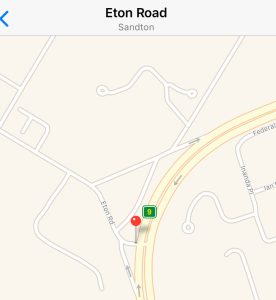 Kurt on the road between meetings

Neo: Holding the fort at HQ, get reports done and some copy writing. Looking forward to a BIG July, with Satrix launching the iMadiba project on the 23rdof July at the JSE and the 10-year anniversary celebration of the Bokamoso Education Trust at Katy’s Palace on the 20th.

Emi: On the move and she has just run an errand to Bedford view for our team mate who is on crutches. She worked from Starbucks this morning, wrapping up on content for the Joburg leg of Africa’s Biggest clean-up, Plantronics social media and details on the JVA event that we will be hosting soon. Currently on the way to the hospital to visit her friend, who just had her wisdoms removed, and then she is heading back to CN&CO HQ to catch up with the team.

Rikus: On his way to Knysna to run his first half Marathon this weekend. He currently in an aeroplane, so we will have to guess his location… somewhere between Johannesburg and George, but we can’t pin point it exactly.

Allan: On the road—currently somewhere between Joburg and Howick. Heading for the Midlands in KZN. Excited for a mates weddingin Winterton over the weekend and a bit of exploring. He also took out an OUTthere policy for the weekend, after hearing about it from Rob and Kurt during their trip to Dullstroom last weekend. 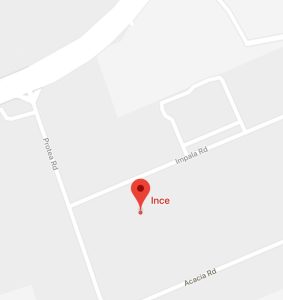 Blake: A busy Friday in the Cape. Blake was in Paarl meeting with potential partners for Africa’s biggest clean up happening the middle of July. #actforchange

Colin: At home, working on editing the FIA insights magazine and keeping warm, trying to get rid of his chest cold.

Rob: Currently at Ince where he has spent most of the morning—working on a number of things for different clients and wrapping up a few pieces of CN&CO admin

Gianlucca: Grafting from his home office today, working on a couple of things with the FIA and general CN&CO things. Keeping his foot up and listening to the doctor’s orders to speed up the recovery process. Thanks Emi for running a couple of errands for him!

Previous We are calling on YOU to join Africa's biggest cleanup!
Next What it takes to be the next Insurance Apprentice

Jono Bruton and Dead Reckoning in the latest Khuluma mag