What’s new with the #DeadReckCrew Over the last two weeks, Emi caught up with the Dead Reck Crew who gave her a  little bit of an insight into what a ‘normal’ day in their lives entail. For most people, our daily routines are quite simplistic, however, with this group of epic, diverse individuals even the ‘ordinary’ wasn’t so ordinary at all.

Whether dominating the waves or crushing the gym, nothing is ever too big or too small for these guys.

Dead Reckoning founder Jono started us off with an exciting recollection of his recent travels to Turkey kicking back locally and enjoying some time with mates. Also on his agenda is the Dead Reckoning winter collection so watch this space for more information. Here’s what Jono got up to: 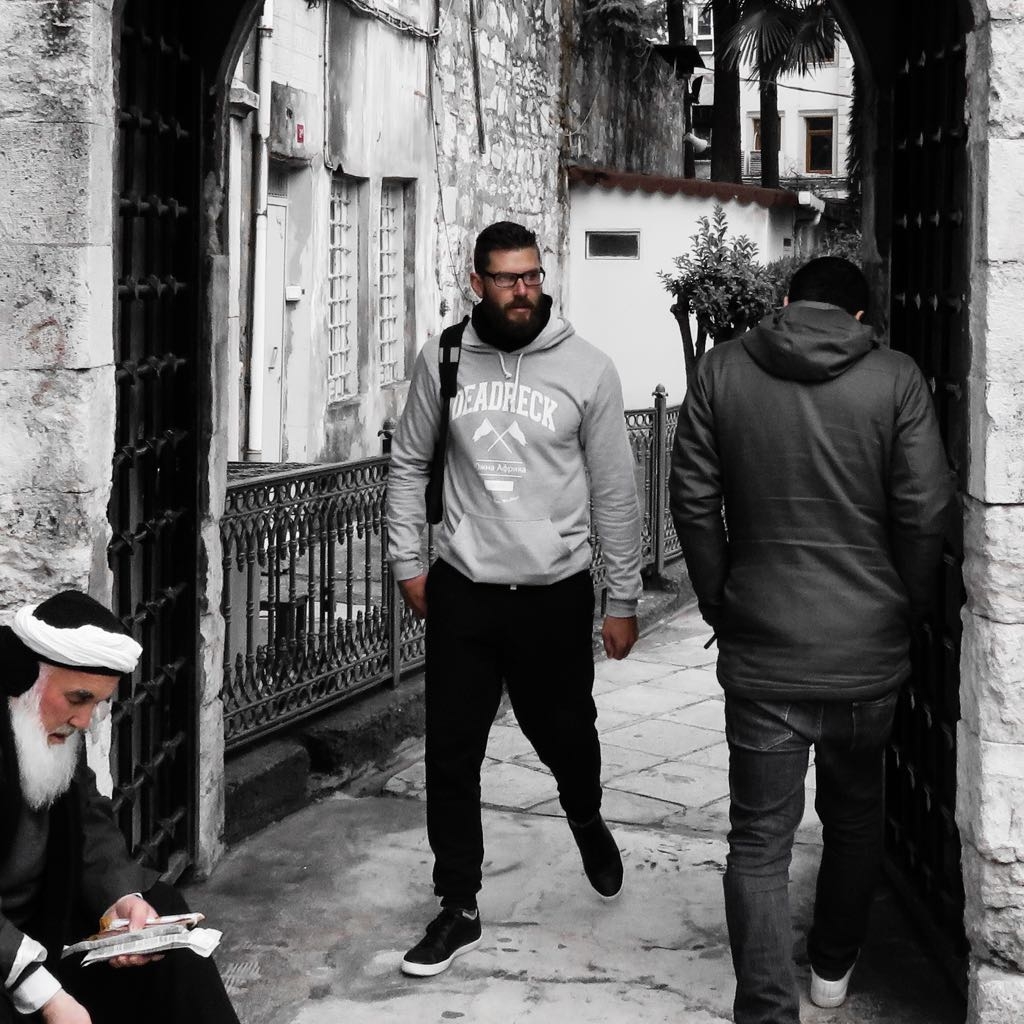 The month of March has been one crazy beautiful mash up of local and international travel for me. Having spent a weekend with colleague and great mate, Tristan, for a bachelor’s weekend on the Vaal followed by a few days work at the Purple Group HQ, departing thereafter for a two week trip to Istanbul, Turkey.

Heading into Spring in Turkey, the air has a crisp freshness to it and the streets aren’t as busy as in the summer time & is perfect for me to do some deep exploring without the bustle.

Some interesting facts about Turkey, Istanbul:

If you are thinking of traveling you could probably get away with an all inclusive trip over 2 weeks for about R15 000 per person. Currently for every 1 Lira it will cost you R3.20 and a cappuccino in a great setting will cost you R32 which is pretty much on par with South Africa. 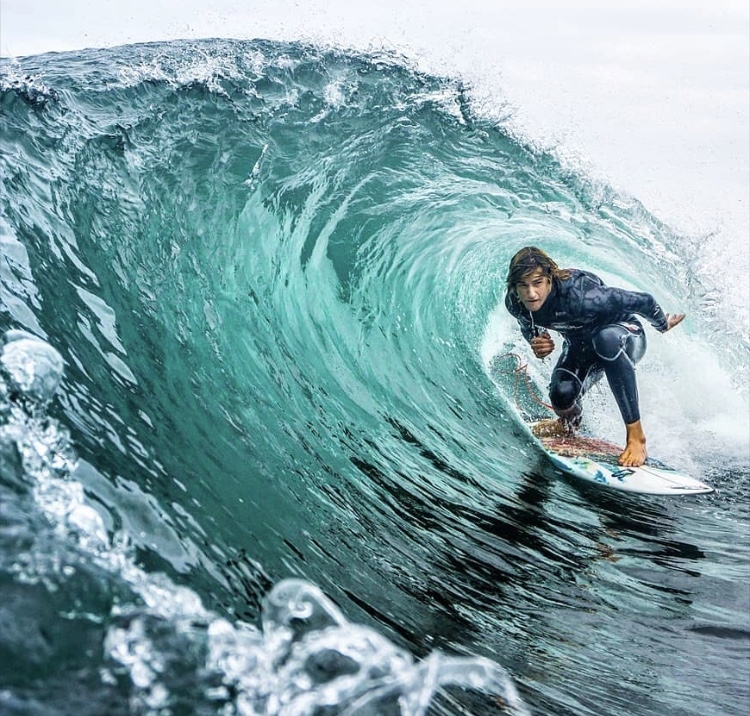 Jordan and Brad Dalbock are right at the top of the rankings when it comes to the finest local surf talents. Whether touring the coast or ripping through the waves, the guys are always busy setting the surf scene alight, no matter where they are.

Jordan has been out of the water due to injury for a three week period and was frothing to get back into the waters. He claims he surfed till he couldn’t move which we don’t find too hard to believe.

Spent last weekend at Caysers with a couple mates!!! Epic conditions and waves going off!!! Just buggered around on the beach!! I’ve been out the water for 2 and a half weeks, from a spider bite, itching to surf!! Heading up to Mazeppa Bay this arvo till Sunday!! Flying to CT on Monday driving up the coast over 3 days back home, going to surf every spot. I can amping!!!!!! – Jordan

Brad spent some time at Bayala Private Safari Lodge and Camp and saw a wide array of wild animals and made some epic some friends before returning home. He also spent some time at Cape St. Lucia of which most of it was spent in the water. 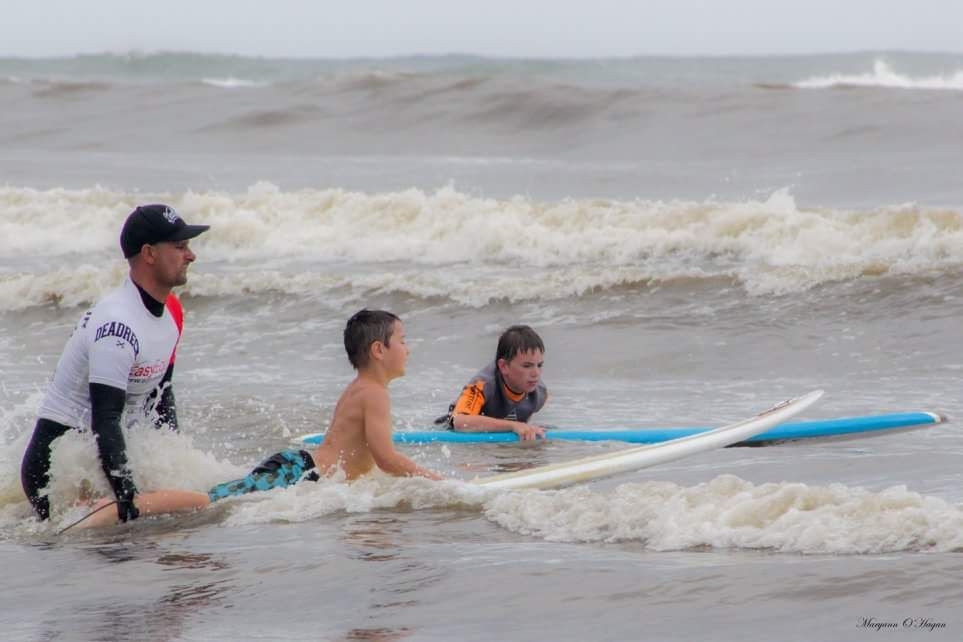 Most of Tyrell Johnson‘s Saturday afternoons are dedicated to Salty Hour, an incentive that him and Jono started when they decided to dedicate an hour of their time to sharing the stoke of surfing with anyone and everyone who wanted to learn.

Had salty hour on Saturday. A lot of kids jumping and screaming (including me) standing on the jellyfish that washed out of the river – Tyrell

Tyrell also recently competed in the Border Trials at Glen Eden and placed 1st in the over 35 category and 2nd in the open category. A weekend of doing what he loves best while being damn good at it! He often spends time at one of his favourite spots, Cosy Corner, boosting phat airs on the rampy sand banks and spending time with his family. Karl Bergemann took part in the Supreme Fight League competition. He’s also been enjoying some time with mates, getting involved in #TacoTuesday and starting the week off with a Monday muscle pump with his coach Jordy Anterio at Limitless Athletic centre all after a little trip to Langebaan on the weekend.

Mellowed out hard this weekend in Langebaan. Came across this beaut of a door (at Stoppelbaard Koffie) and saying…”vra hers jou ma my braaaa…” – Karl

Water photographer Pierre De Villiers has been extremely busy snapping up some new content wherever he sees potential for a new shot. 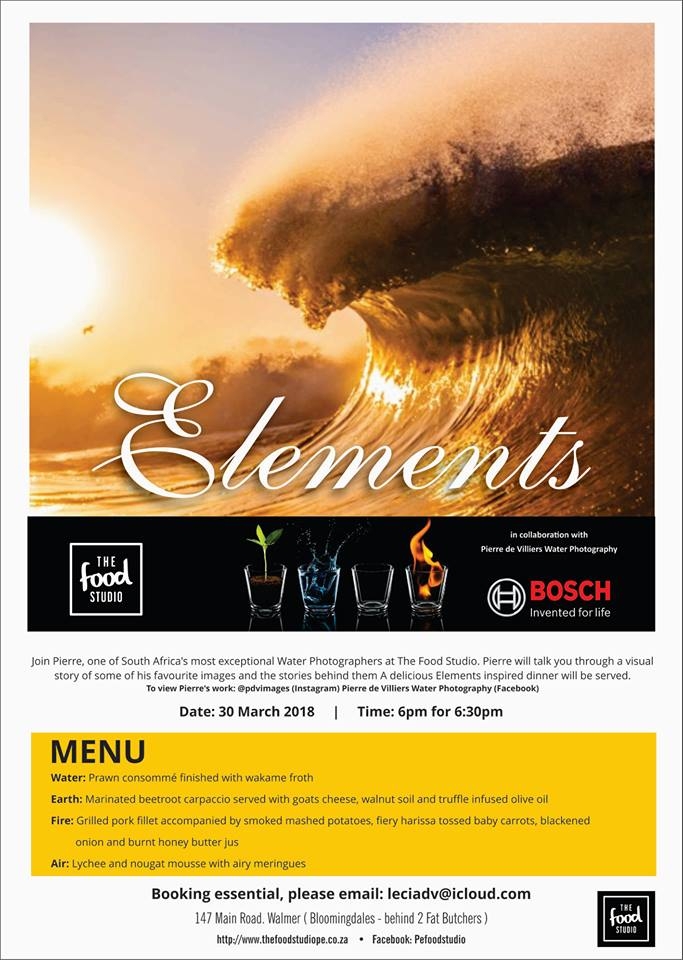 Pierre will be hosting an event showcasing some of his favourite images and the stories behind them at the Elements event at The Food Studio on the 30th March 2018 at 6:00 for 6:30pm. The event is certainly not one to be missed. For more information and bookings visit The Food Studio on Facebook or via their website. Reservations to be made via email to: leciadv@icloud.com. A delicious elements inspired dinner will also be served at the event.

With some much on the go always, there’s never a dull moment with this insanely talented crew!

Watch this space for more on what makes them tick….#InTheCrewWeTrust

The Company We Keep: Jono and the Salty Hour Magic