When presented with an opportunity you seize the moment and grab it with both hands. On Friday, 30 November 2018 I was humbled to attend a TedxJohannesburg, at Vodacom World in Midrand.

Thanks to my colleague, Blake Dyason, who could not attend anymore and needed someone who would go on his behalf.  Blake, as most might know, is very passionate about caring for the environment and making a difference in the world around him. He uses every opportunity he gets to educate and share his thoughts about what it means to care for our trails and the environment. When he offered a ticket, I gladly took the opportunity.

The talk, on the theme, Decoding Greatness, was intended to celebrate Tata Nelson Mandela’s centenary as well as many others like him. It was aimed to spread the message, “find the Madiba in you” – to never lose sight of our collective desire to do good and to live the Madiba legacy.

The talk was an overwhelming experience, jam-packed with giants in business, innovation, culture and sports – including visionary CEOs, entrepreneurs, inspirational artists, analysts, as well as champion performers.

The talks were grouped and arranged in three sessions – Tales, deeds and works. Every speaker was unique and had interesting ideas and insights to share that ignited minds. They all brought on their A-game, but there were a few that stood out for me and left me captivated.

Opening the TedxJohannesburg, was Muntinta Bbenkele, who encouraged the audience to express themselves through writing. To write their own stories. She says, writing takes away from the fact that you’re the only one who thinks or feels the way that you do.

Sahm Venter shared some great lessons she learned while working closely with Madiba. She shared stories which depicted greatness and selflessness witnessed in Nelson Mandela, which we can all learn from – to live life with dignity, without anger and with purpose

André Vermeulen – CEO of Neuro-Link, international expert in the neuroscience of learning 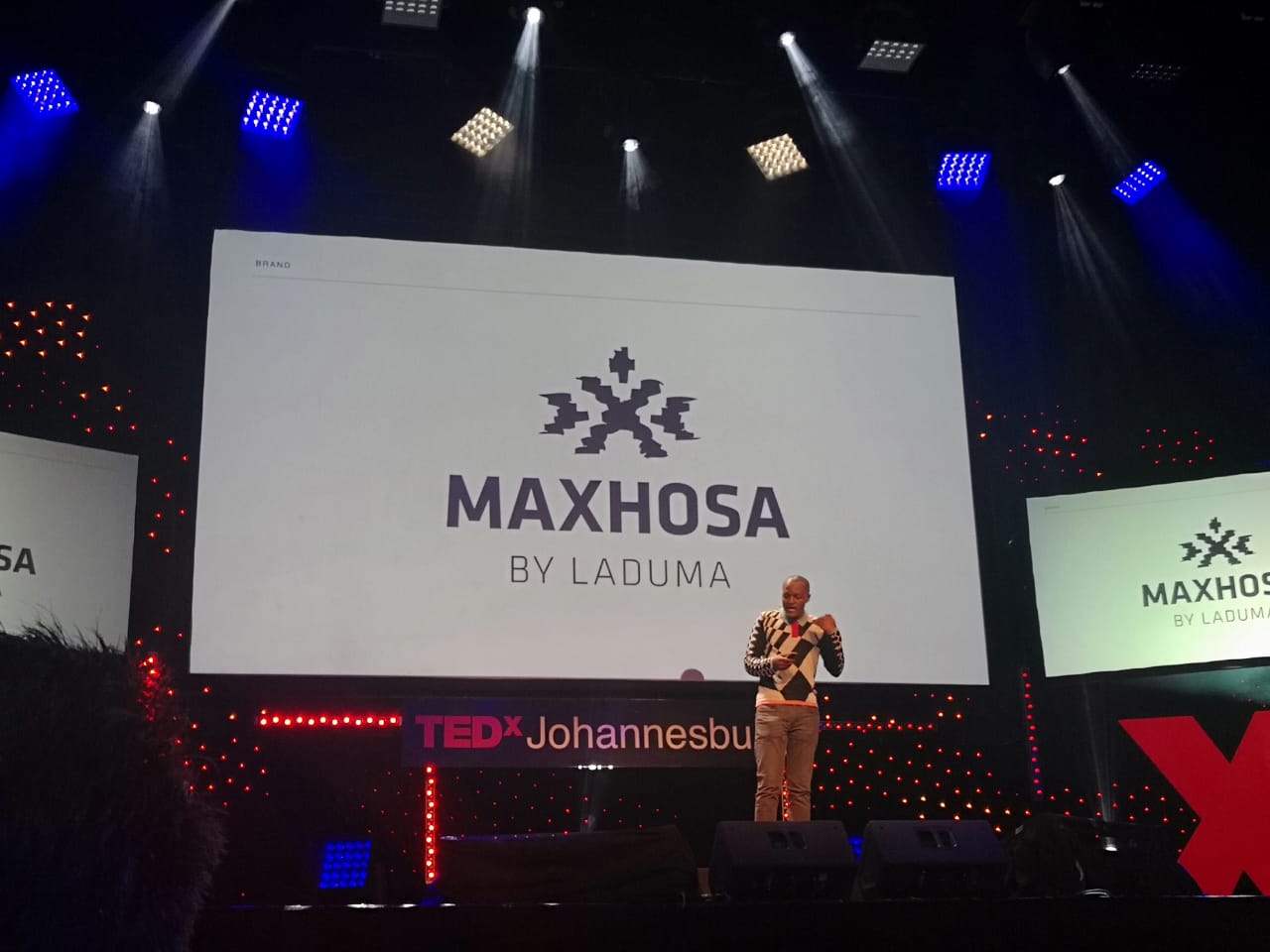 André spoke about how neuroplasticity can help us all rewire our brain so we can be great in our own right.

“I was in jail for 27 years, but my brain was not”, Andre opens with a quote by Nelson Mandela.

Andre also told an amazing story of a woman that was born without cerebrum, but lived a completely normal life. This, to depict that we can outthink our circumstances by changing the way that we think. That a brain helps not only to survive, but to also thrive.

He showed us through multiple examples that if we rewire ourselves, we can replace old patterns with constructive patterns. And that by transmitting positive energy we can change the energy that we initiate in the world.

Andre ended off by saying,“ You are the result of your thinking.“ 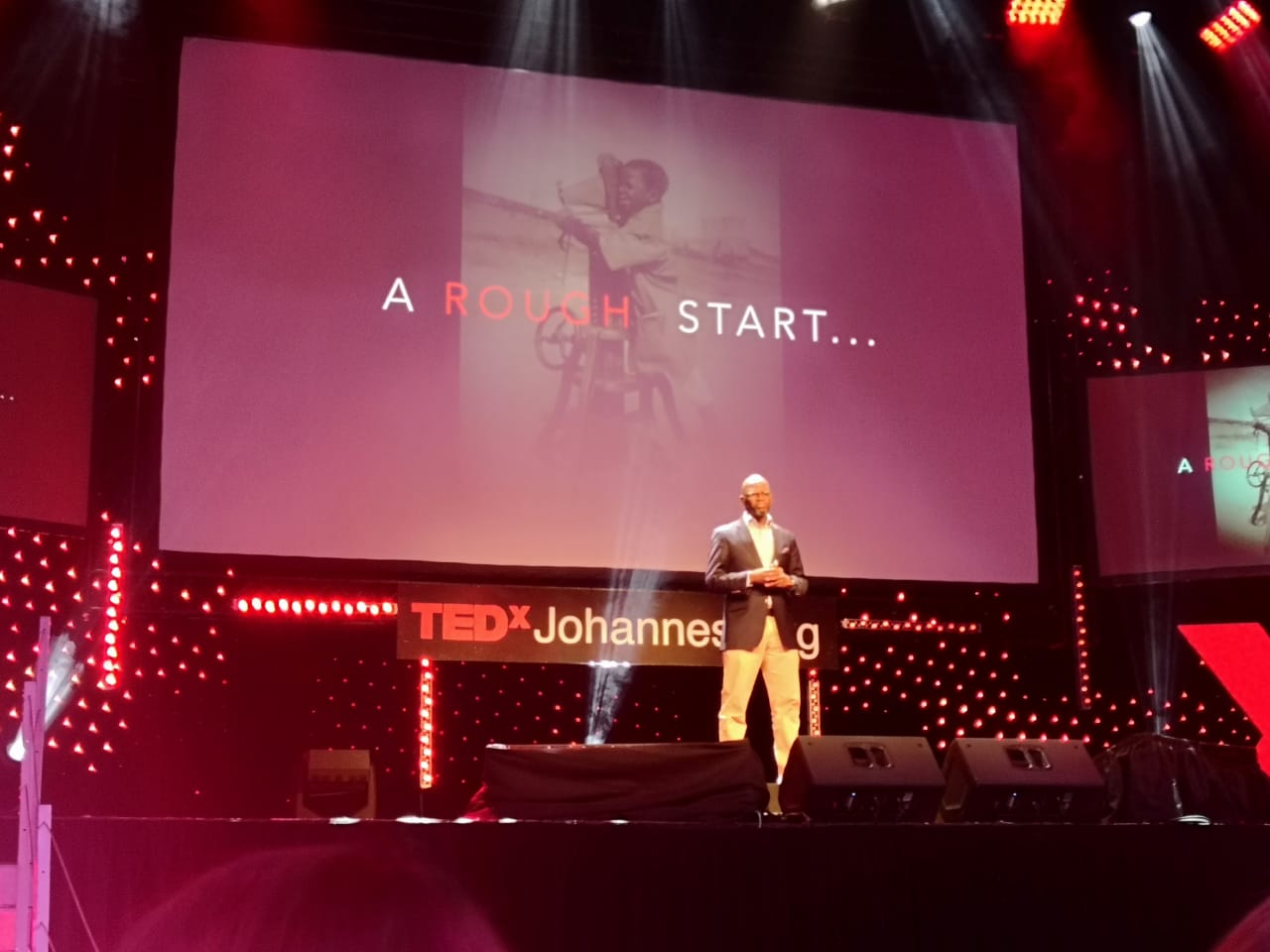 Siphiwe took us down memory lane of his rough childhood – where he did not know his identity and suddenly discovered love for photography.

“…at that point in time, none of us had seen a picture of Mandela. We did not know what he looked like. But once we saw that image, we suddenly had a course to believe in and fight for. Thus I began my journey as a comrade,” says Siphiwe Mhlambi

All that he knows today, was self taught. 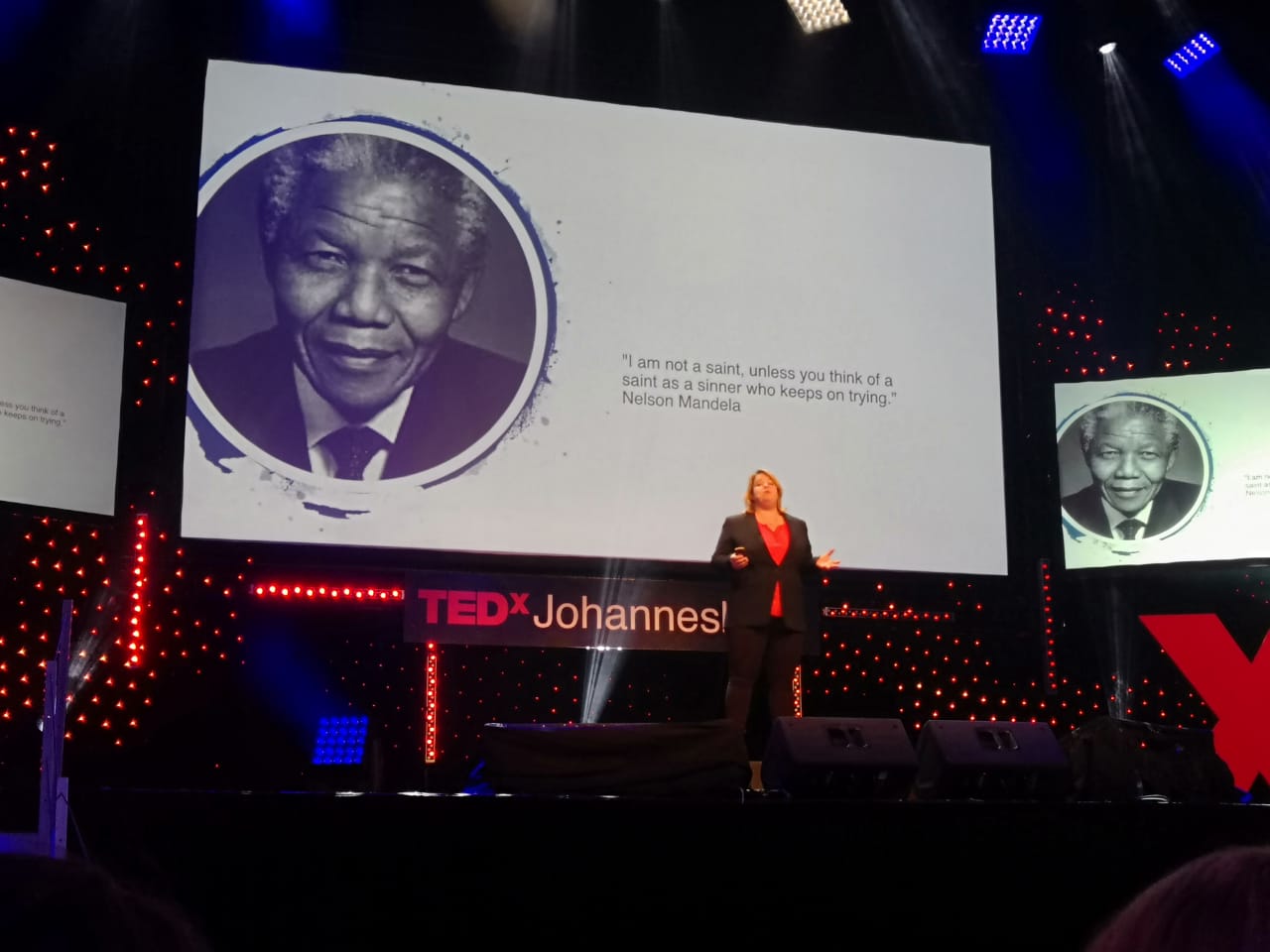 In her career as a journalist, Mandy interviewed what she calls some of the greatest and worst characters, which included some politicians, sports personalities and business people, where she discovered the “moral compass”.

Mandy said that from this experience she learned that “if you fly too close to the sun, you will burn and fall from glory. 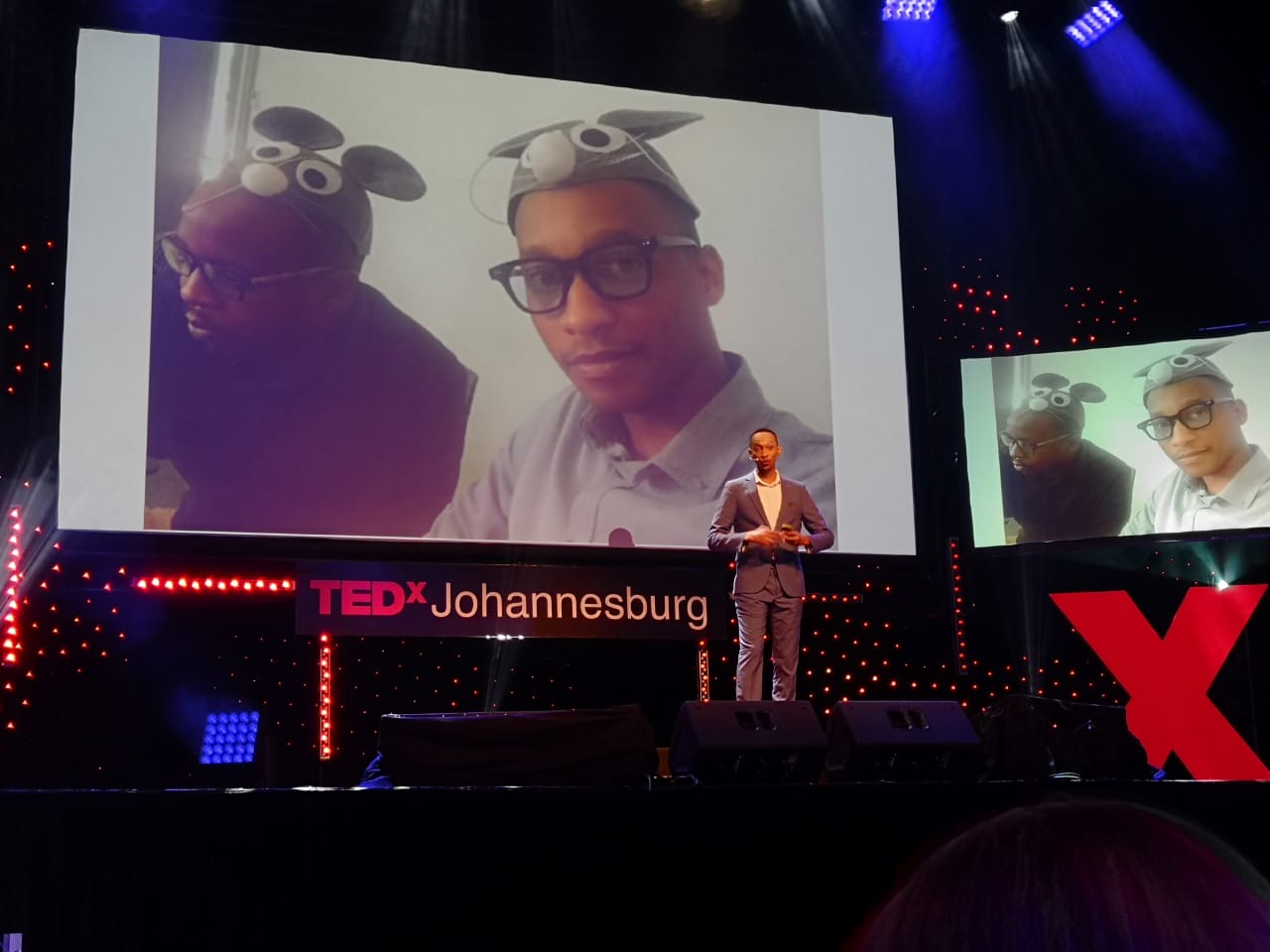 Simphiwe Makapela spoke about the literal and figurative rat race of life. He wanted to solve the problem and win the “rat race”

Being an entrepreneur that he is – always thriving to solve a problem that was affecting his community, Simphiwe, together with is co-partners had created 38 models that has proven to fail to catch the rats that had been an epidemic in the townships. It was only after the 38th model, that he had won the “rat race”.

“Innovation is not about chasing rats or wining the rat race it is about creating spaces where communities can connect with what is possible,” says Simphiwe. 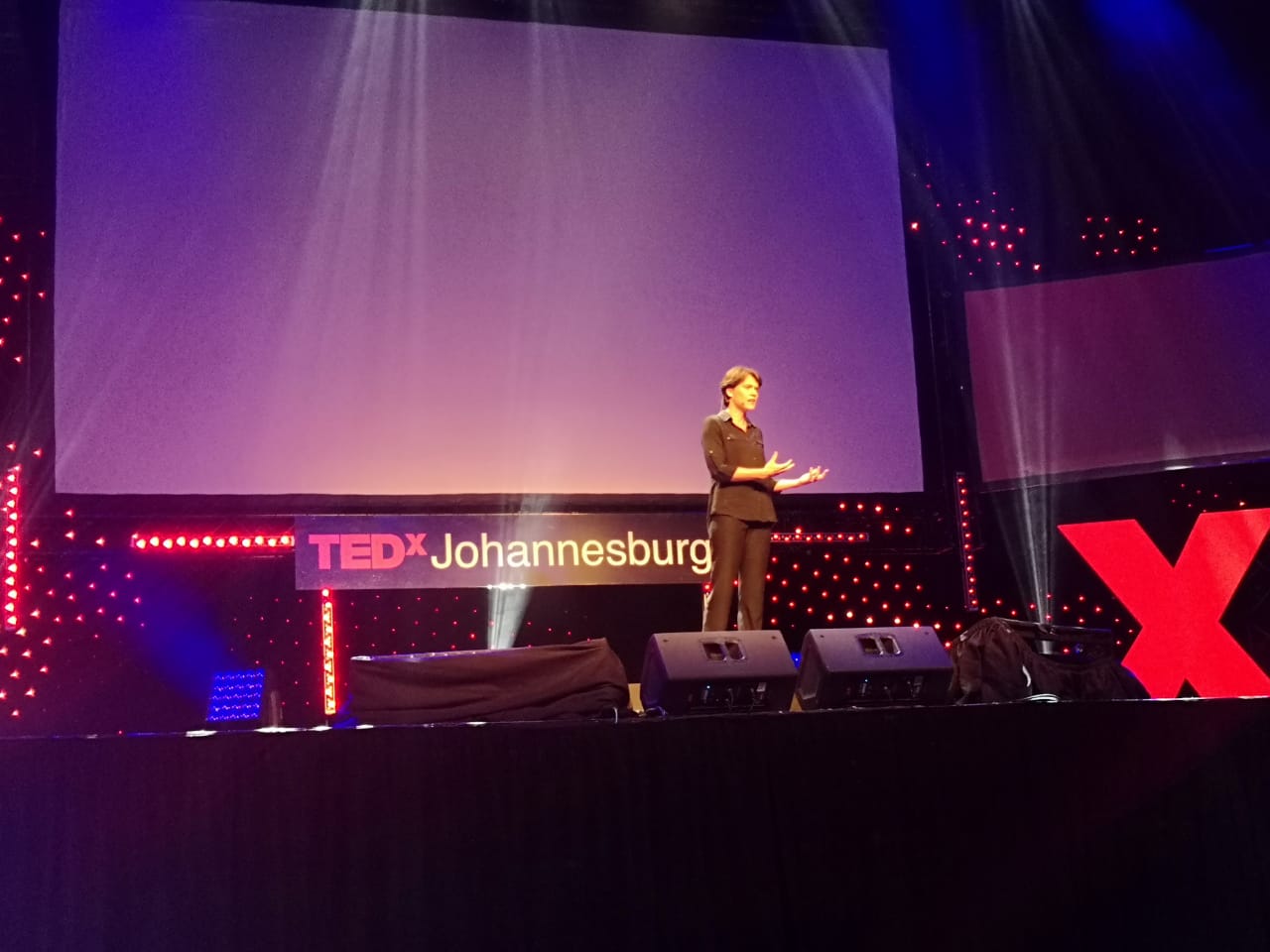 Olympic gold medallist Penny Heyns tackled the topic “talent and opportunities”. She said she took the opportunities that were presented to her, because she did not aways want to wonder, “what if”.

She said to have a goal and a plan that is realistic and challenging, and to make sure to write it down, because a goal not written down is just a “wish”.

Penny further motivated that whatever you do in life, to make sure you do it for the right reasons.

Penny said the key to success is to “control the controllables”. She would count every stroke of every practice and race, she controlled how she swam and looked to what she can improve! Laduma Ngxokolo explained how it all started with knitting at home and a desire to define Xhosa culture. Through his journey he explored the importance of expressing oneself as an artists and standing for what you believe in.

Today Laduma’s designs are worn all over the world by the most famous personalities. Showing us that it is also possible when you thrive for what you believe in.
Laduma is not only inspiring upcoming designers, but anyone from all walks of life who also wants to make his/her dream a reality. 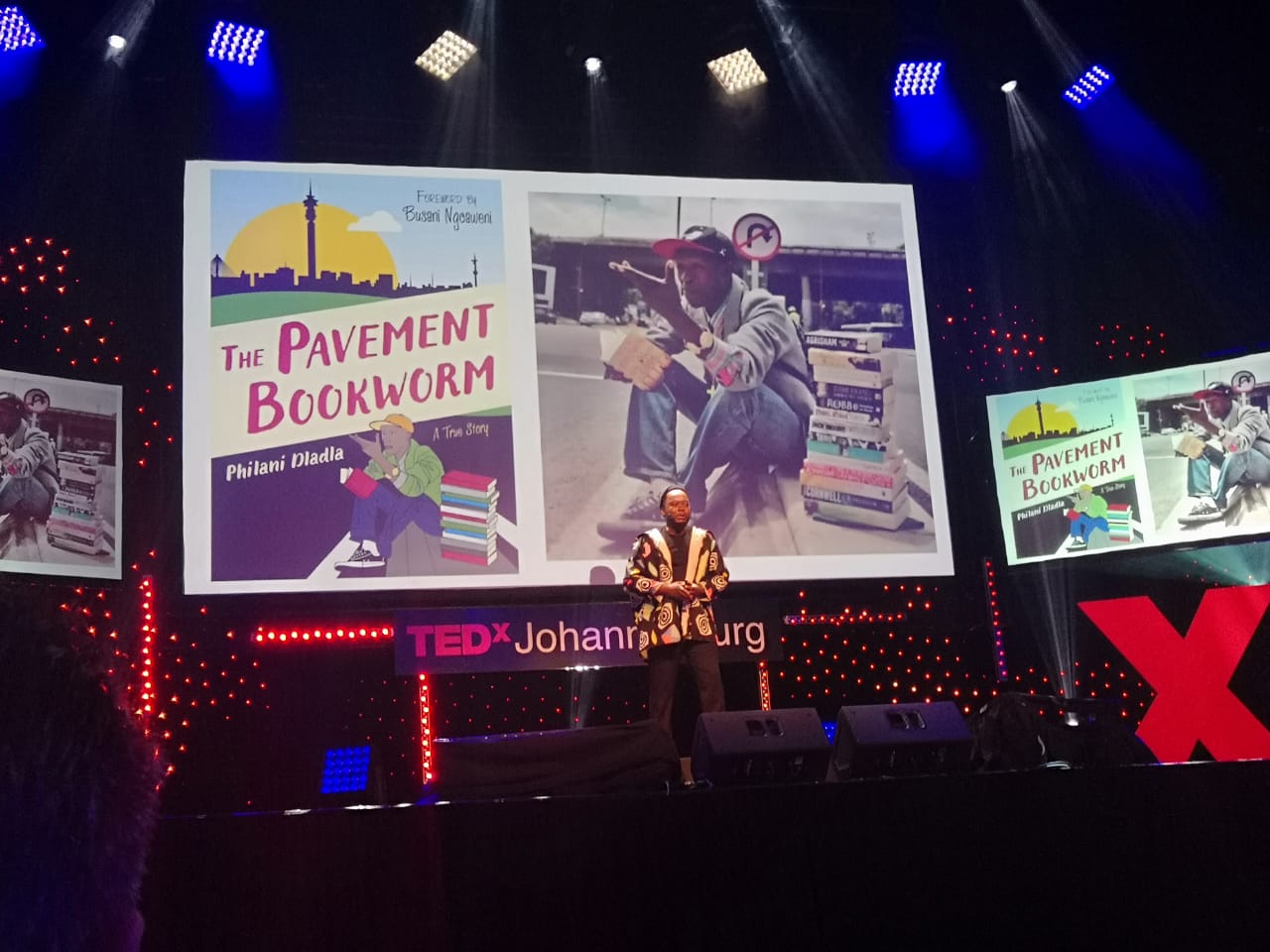 Ending off the day, was Tebogo, who opened up his talk with a song by a South Africa hip hop artist, Kwesta, “Spirit”. This is a project that gave him his big break.
Tebogo shared with us his passion for sharing authentic stories through his work using an alternative narrative. Another one of these narrative stories, is when he discovered a homeless guy and avid reader, Philani Dladla, by the side walks. Philani would ask for money in exchange for a book. He would give motorists a synopsis about a book and he would receive money from it. Tebogo shared his story on YouTube, naming it “The Pavement Bookworm”. This one video made hits online and Philani later featured as a TEDx speaker.

Back to my point on Blake: I am a big believer that everything that happens is meant to happen, there is no coincidence or some sort of luck. After this great talk, I came to a realisation that perhaps this too happened as it was meant to. That Blake could not make it because he is already, in one way or another “decoding greatness” by playing his part in making a difference in his country – that he did not need to be reminded of what he already knows. But that someone like me needed to hear all that, so that I can change my attitude and start taking action in making a difference and finding “ the Madiba in me”

Previous Reos partners: The peace edition
Next Have a positive impact on South Africa’s growth and benefit from a tax break of up to 45%

A letter delivered, a story told