So many standards, so little time Look up – we are so busy looking down at our screens these days that few of us ever look up. Asides from working some neck muscles that have probably long deteriorated, you might be able to see a sprinkler system in the building you are currently in. If you can’t it could be worthwhile making a discreet exit, fire happens to its own schedule, not yours. While sprinklers are robust in operation, how are installed in a specific environment has a far greater impact of their effectiveness. 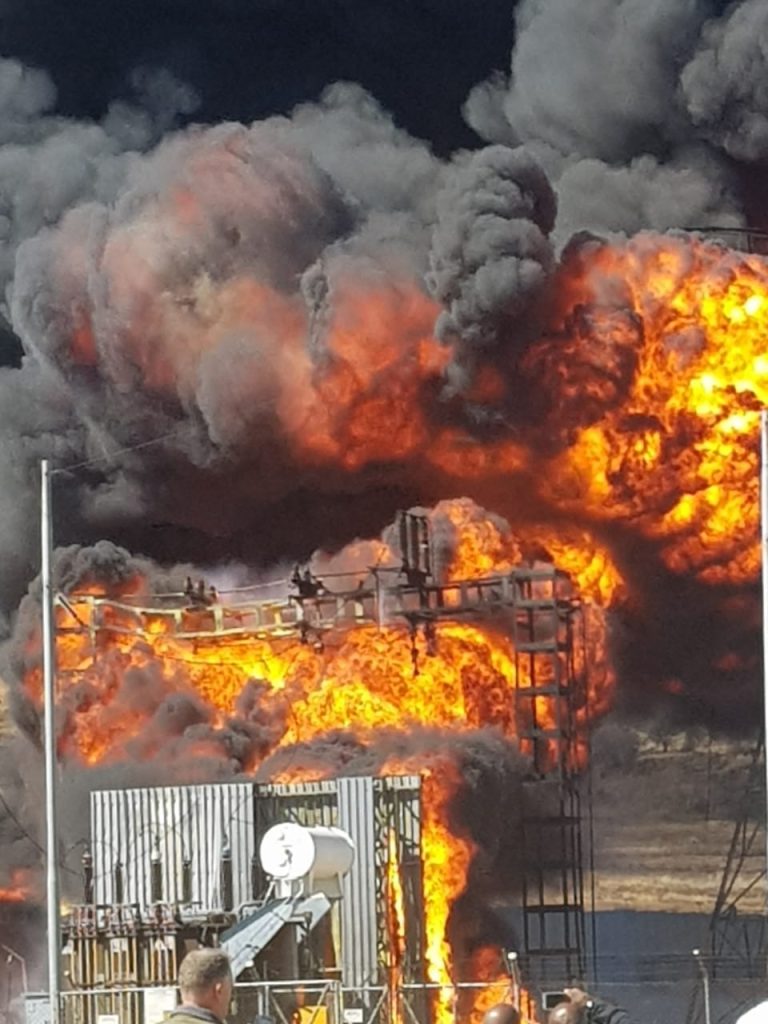 The proper use of standards can prevent fires like this one at a substation.

This is where standards come in, plus ample amounts of confusion in the industry. In short, standards contain all the information needed to install a fixed fire protection system in a building based on what needs to be protected. Variables like storage racks, height of storage, size of building, building materials are all covered and it becomes quite technical the more you delve into a standard. Most people are not aware of the different standards available to install a sprinkler system. In South Africa they usually are

In this country a system can be installed to any of the standards above – and as such ASIB will inspect to the prescribed standard that the system was designed for. The reason there are several “ASIB” standards is due to the fact that SABS 0287 hasn’t been updated in 28 years and technically SANS 10287 does not exist as yet. There is also the NFPA which is an American Standard – generally considered to be a good standard. As it is linked to their building code, it can be inadequate for South Africa as we build differently due to availability of materials and climate and have differing building regulation requirements.

Using any of the standards described so far are allowed but it is not necessarily an intelligent decision to do so. As time went on and best practices in fixed fire protection continued to improve globally, South African standards were left behind. ASIB decided to provide their knowledge in the form of rulebooks reflecting international best practice combined with our building environment. The most recent edition of the Twelfth Edition Rulebook is generally considered to be the best standard available in the country today, and while it may require more effort and understanding to implement it is because it is 28 years ahead of SABS 0287!

It is important to note that no regulatory body has managed to successfully update standards for the country, despite many attempts. The process usually gets bogged down by bureaucracy, and people attempting to rewrite standards based on vested interest without having any in-depth experience in that specific industry.  While ASIB is a private company that purely inspects sprinkler systems and provides consultation services for excellence in the sprinkler industry, John Goring took the responsibility upon himself 36 years ago to continually update the rules in line with internationally accepted practices.

Part of the challenge in regulations is that previously they were designed in such a way that it was hard for an end user to navigate the information. There was constant cross-referencing required, and much like financial information in a by gone age, there was a certain aura that you had to know more than what was required to do it effectively. ASIB has, over time, managed to write rulebooks in such a way that are easily navigated and the UX is well thought out. No small feat of publication brilliance right there, applying UX to a primarily print document.

Whenever ASIB updates its rule books you can find the latest edition available for request from their website, but you can also ask them about any standard the currently exists.

Previous TED Talk Tuesday #78: Embrace the near win
Next A Pink Party that made a very big difference!

Changing of the guard at ASIB