It’s no secret that Carel is a bit of a Shakespeare nut. But that’s not the reason that CN&CO is working with South African theatre makers, scholars, teachers and others who are interested in Shakespeare. It’s because Shakespeare opens up conversations about the arts and education, about language and politics, about the past and the present – and, as guest blogger Chris Thurman shows us, about worlds elsewhere … When CN&CO’s Colin Ford heard that I was flying to Poland to attend the Gdańsk Shakespeare Festival, he quipped: “I didn’t know that Shakespeare could speak Polish?!”

I thought about putting on my professorial voice and delivering a mini-lecture (“Well, actually, we don’t know how many languages Shakespeare spoke. He could probably read French and Italian, and as the product of a grammar school in sixteenth century England he would have had a basic grounding in Latin and Greek…”). Fortunately I’d left my tweed jacket, elbow patches and pipe at home that day, so Colin was spared. But the fact is that Shakespeare does speak Polish – and just about every other language. His plays exist for most people around the world not as poetic-but-difficult early modern English, but as texts that have been translated, updated, adapted and made to “fit” the local scene.

Ironically, it’s only in English-speaking contexts that Shakespeare is poorly understood: viewed as valuable but obscure, important but inaccessible, brilliant (apparently) but boring.

I’m particularly interested in Shakespeare-in-translation in South Africa because it’s a subject that gets to the heart of a lot of our national “stuff” – colonial history and its legacies; race and class; education; English as a language of unity and opportunity versus English as a language of cultural and economic oppression. The story of Shakespeare and translation in our country, which goes back at least as far as Sol Plaatje (and to the founding of the ANC, and the Natives Land Act, and a whole bunch of other things besides), is by and large a story of lost opportunities and unfulfilled potential.

It was Shakespeare’s good fortune to write in a time when English was transforming into the language that we know today. No doubt he contributed to its transformation. But he also knew – and celebrated – its status as a bastard language, a combination of many languages in one; his plays revel in and benefit from multilingualism, varieties of dialect and accent, and often sheer linguistic confusion. It was his misfortune, then, to be appropriated into a lengthy process of manufacturing something called Standard English that was exported around the globe as part and parcel of British imperialism – a “civilizing mission” (read: merciless profiteering of unprecedented violence and cruelty) into which his name and his plays and his poetry were recruited. 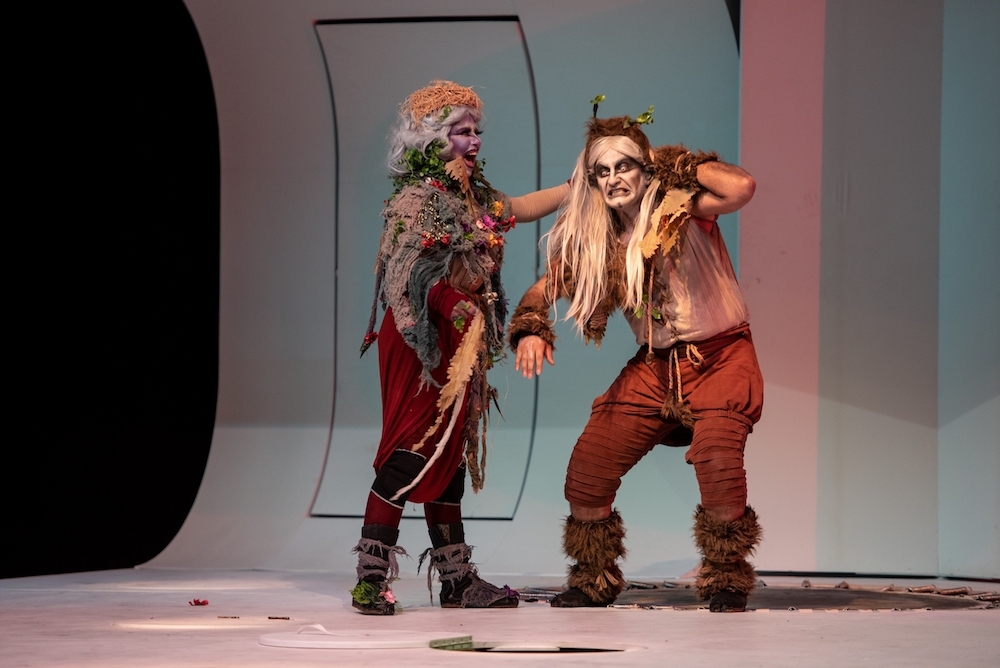 A Midsummer Night’s Dream, performed in Farsi to a Polish audience

Happily, Shakespeare has been used just as often as a means of resisting oppression; in South Africa, in the United States, in India, in China, in Polynesia, in eastern Europe … and yes, this includes Poland.

When Jan Kott, a Polish Communist Party apparatchik who became a vehement anti-Stalinist and critic of the Soviet empire, wrote in 1964 that Shakespeare was “our contemporary”, his claim was all the more significant because of Shakespeare’s presence behind the Iron Curtain.

What is it with the Poles and Shakespeare?, I hear you ask.

Let’s dial the clock back a few centuries, to the late 1500s and early 1600s. Imagine that you’re an English actor. You’re battling to find work: maybe your acting company fell foul of the political authorities; maybe you can’t find a wealthy patron; maybe your theatre was closed because of an outbreak of the plague; maybe a craze for child actors is sweeping the country and the job market for adult thespians is glutted. What do you do?

You form a group of travelling players, hop across the channel to mainland Europe and perform whenever and wherever you can. Sometimes you are well received, a novelty performing in a language no-one understands, depending on dumbshows and melodramatic gestures and slapstick comedy and off-the-cuff translations. Sometimes you’re chased out of town.

This was the lot of the “English Comedians”, who were criss-crossing Germany at the time that Shakespeare was making a name for himself in London, and who borrowed a few of his scripts for their repertoire either while he was alive or soon after he died. They managed to establish a home and a permanent theatre for themselves in a cosmopolitan port town at the edge of Prussia – a place called Gdańsk (you might know it by its German name of Danzig … that’s a whole other story).

Anyway, fast forward to the final decades of the twentieth century, and a Polish academic named Jerzy Limon manages to figure out where this theatre was located – manages, in fact, to discover its foundations! And he envisions it rising again, a Shakespearean theatre in a free Poland that is no longer under German or Russian control, and that will welcome travelling actors from all around the world to its stage. Against the odds, construction of that theatre started in 2009, and it opened its doors in 2014. 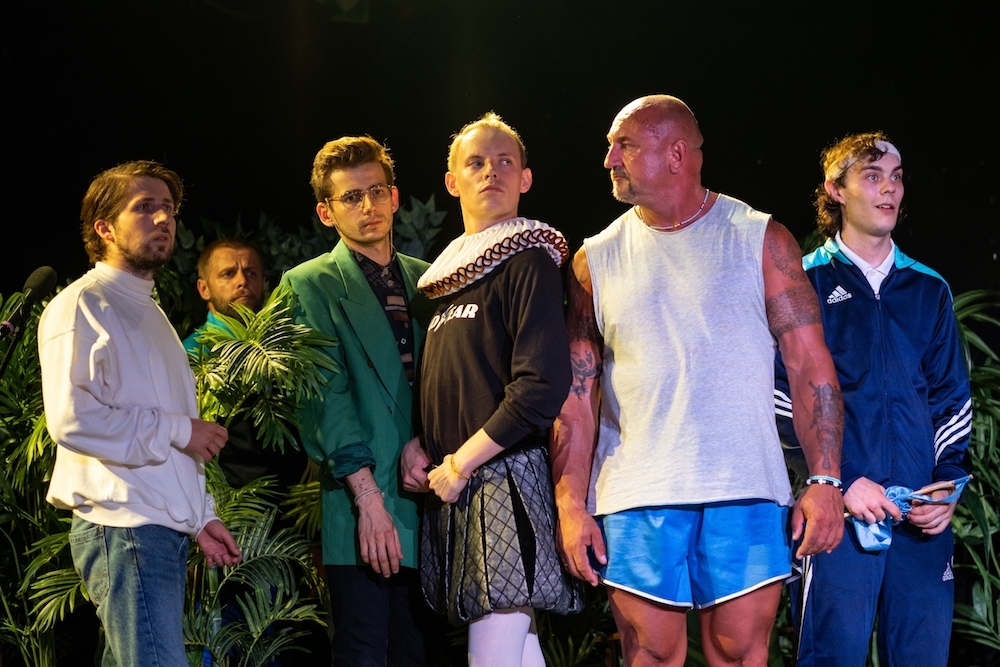 The Gdańsk Shakespeare Theatre (pictured above, photo credit Gdańsk Shakespeare Theatre) is an astonishing piece of architecture, inside and out; it has a roof that can open, three-tier seating in the round, and a performance and auditorium space that can morph to accommodate almost any design: a proscenium stage, a thrust stage, arena theatre – you name it. The Shakespeare Theatre has a programme that runs throughout the year (and much of the content, from opera to rock concerts, is decidedly unShakespearean). But each July and August, it is the hub of the Gdańsk Shakespeare Festival. And next year, all things being equal, it will see a South African production take to the boards.

So I went to Gdańsk last week not only to confirm that Shakespeare speaks Polish (Colin – he does) but also to meet with Professor Limon and his colleagues to plan South Africa’s participation in 2019. Picture a Shakespeare play in isiZulu or Setswana or Afrikaans, performed for Polish audiences. Why not? I was treated to an Iranian production of A Midsummer Night’s Dream in which the Farsi spoken by the actors was translated for the audience via simultaneous Polish and English surtitles. None of the performers’ energy or skill or humour was lost in translation.

Of course, it helps to know the play before you walk into the theatre. But it isn’t compulsory – even if there are no surtitles. I watched two productions in Polish that appropriated characters, themes and lines from Shakespeare’s iconic plays Hamlet and Romeo and Juliet but subverted any expectations that audiences familiar with those plays may have had. Sometimes I had to work hard to figure out what was going on; sometimes I was utterly lost (not a bad position for an English-speaker to be in). Fragments of the plays that I did recognise had fresh significance in their new setting. In HMLT, Shakespeare’s hyper-intellectual Danish prince, Hamlet, was transmuted into a group of actors exploring the world of artificial intelligence and HTML. What happens when you ask a Siri-type computer brain some difficult existential questions? 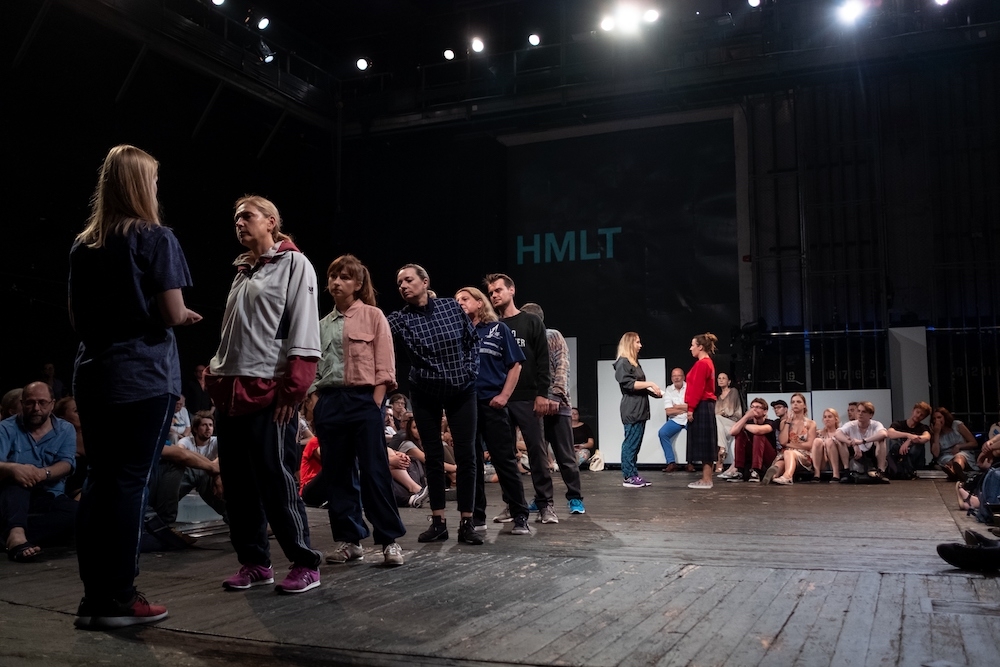 In HMLT, Hamlet is transmuted into a group of actors exploring the world of artificial intelligence and HTML

I also enjoyed Szukajac Romea (Looking for Romeo), in which a bunch of hapless actors all wanting to audition for the part of the young lover get a lot more than they bargained for. Like HMLT and the Iranian Dream, this show challenged the audience’s assumptions about gender and sexuality, including how we “perform” slightly absurd notions of romance. And while I didn’t understand a word of what was said, it all made perfect (and very entertaining) sense.

Shakespeare in Gdańsk is not just a case of “make ’em laugh, make ’em cry” – staging work from Iran or South Africa in Poland today has political repercussions. If you’re interested, I wrote about this in my arts column for Business Day in an article entitled Cosmopolitan, progressive city of Gdansk calls out to South African theatre earlier in August. But one thing is clear: participating in the Gdańsk Shakespeare Festival, and possibly expanding to other nodes in the European Shakespeare Festival network, is a hugely exciting opportunity for young South African theatre makers. And with the prospect of a dedicated “South Africa Week” in 2020 – a chance to showcase a range of South African performing and visual artists to an entirely new audience – who knows where this might lead?

Chris Thurman is Head of the English Department at Wits University and President of the Shakespeare Society of Southern Africa. Find him on Twitter: @christhurmanZA

Vote for the South African Sportsperson(s) of the Year