Eleven universities from across the country descended on Port Alfred last week for the 2019 RMB Universities Boat race. A special mention to the University of Fort Hare and Walter Sisulu University, who were new additions to the event. Spectators lined the banks of the Kowie River to see who would claim the coveted Cambridge Rudder and Isis Blade trophies.

It was a fun-filled event where the athletes raced and played hard. With gale force winds on Friday, the weather provided the worst rowing conditions athletes had experienced in years. It all came down to the finals on Saturday the 14th of September, where the University of Pretoria claimed victory in both the men and women’s A and B division finals – the first time in history that a university has claimed all four titles. Congratulations to Tuks for winning the overall points trophy for 2019 too. 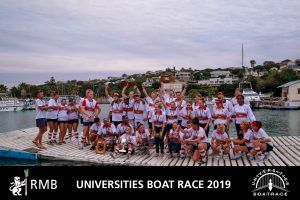 Says Alison Badenhorst, Head of Marketing & Communication at RMB: “We trust that RMB’s support of this event benefits the sport at a level that will ensure a strong talent pipeline for South African rowing. Congratulations to all the athletes.”

In 2018 USSA Rowing Unanimously unanimously agreed to alternate the gender of the race with which the regatta finishes each year. For the first time in 2019, the Women’s A final was the last race of the day. 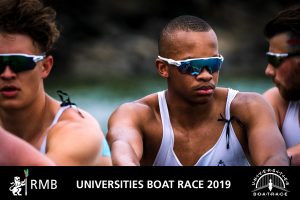 Students, completely of their own accord, wore black bands and ribbons, in support of the recent protests against Gender Based violence. #EnoughisEnough 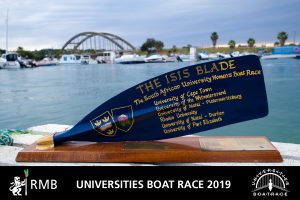 The RMB National Squad back in the Mountains Kingdom.