Kirsten (McCann) Macdonald a friend of CN&CO, a past Olympian and currently rowing for the RMB National Squad shares some behind the scenes from the Toyota Fortuner 4×4 Challenge. 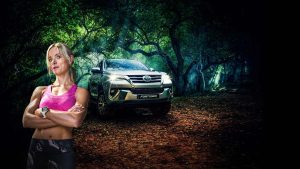 In May I was selected to be one of four ‘Heroes’ in the Toyota Fortuner 4×4 Challenge.

From the word go, it sounded exciting. It started off with filming of an advert for the whole advertising and marketing campaign. I spent a very cold June afternoon in a kayak being filmed and being the focus of attention- something very foreign to me. Little did I know what they had in mind for the advertising campaign. I was initially disappointed to hear that they wanted to use a kayak instead of a rowing boat. After the explanation from the advertising agency and promise from the creative director that the campaign would be wild and adventurous, I waited with baited breath to see how the advert would come out.

In July, I was sent the adverts and told I keep the advert to myself as it would only be released in August. What I saw, looked awesome and was amazed at my new found skills of being able to kayak down a waterfall. It was (in my eyes) far more impressive than the other three sporting ‘Heroes’ abilities displayed in the advert.

I was given the opportunity to drive a Fortuner for 3 months which was something I could only describe as awesome. What a comfortable, and safe car. What a treat. 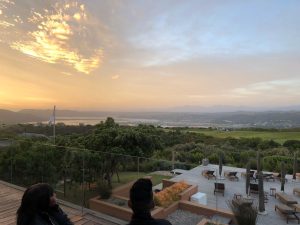 In October, after much waiting and anticipation, it was time for me to head down to Knysna, and more specifically Pezula Golf Estate to compete in the Fortuner 4×4 Challenge. Not knowing anyone or what I would be doing over the next three days, I felt quite nervous and anxious as to what awaited me. Arriving in George, I quickly realized that at least half the flight from Johannesburg to George was filled with people (ranging from competitors, Toyota employees, Sponsors, film crew and many more) that were involved in the Fortuner 4×4 challenge. 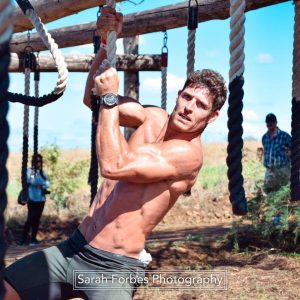 I was paired with Trevor Lagerwey who is a fitness enthusiast as well as the South African Champion in Obstacle Course Racing, I new right away that we could be a team that could fight for the top spot. 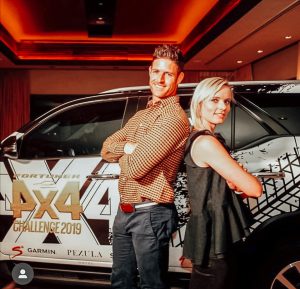 The first two challenges were done on Monday 21 October. The first challenge was a kayak on the Knysna lagoon starting on Leisure Isle. We had to paddle out to a bouy and return, and repeat that twice. We had a banging start and as I instructed Trevor to sit behind me and just follow my exact moments we raced out ahead. The second team followed closely behind, but I knew my endurance from rowing training would kick in and I could just keep going. We won the first challenge much to our competitive natures delight. It was time to head back to the hotel, to shower, get warm, eat dinner and be prepared for our next challenge starting at 19:30. A light dinner later and ready to accept any challenge, the rain started pouring down. As a rower, the outdoors and any form of weather and natural elements did not bother me but rather excited me as it brought a extra challenge. The second challenge was a time trial and we were sent off at 5 minute intervals with a set of visual instructions in which I was to direct my partner through a 5km run, and mountain bike across the Pezula Golf Estate, followed by a mental challenge of placing countries names on a map of Africa. Alternating on the bike and running, we knew we had to be the fastest. We worked very well together and again my fitness from rowing came handy. It’s a good thing I love running and I can run fairly fast as this was imperative when it came to me running. We overtook one team and came blistering close to them be able to place the countries on the map. Teams came in and we were kept in the dark as to who had finished in the fastest time.
After a fast start to the challenge, it was finally time for bed, with a few basic instructions given for the following days activities- Breakfast at 7:00 and be prepared to leave the hotel at 8:00, bring a change of clothes as we will only be returning to the hotel after 17:00 once all the challenges are complete.

The following morning, after a beautiful breakfast, I was ready for what ever was thrown at me and my teammate. 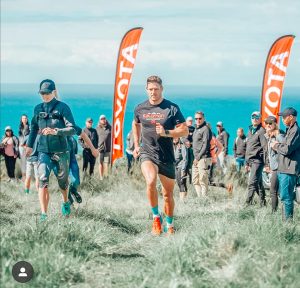 We drove from Knysna, to a dairy farm- Cainbrogie. This farm is not only a family run dairy farm, but a farm filled with trails that have been made for trail running and mountain biking. The trail running routes were on a section of the farm that over looked the Indian Ocean. Truly magnificent. The first challenge for the morning involved a trail run using a route loaded onto the Garmin watches that were given to the competitors followed by a quiz relating to the Toyota Fortuner. This was a time trail yet again. We set off first at a blistering pace. After feeling as though my lungs might burst for the first 1km, my body warmed up and training kicked in and we were able to settle into a fast pace. The run was spectacular and at the end we managed to get through the quiz without much difficulty.

The next challenge involved a navigated mountain bike. I was given a certain set of instructions in which I would have to call to my partner on a mountain bike track. Any wrong truth through my poor communication would result in a penalty. This challenge would also be timed. My effective communication and my partners great skills and good fitness on the bike put us in a good position for the challenge. Again we were not told the results from the time trial. 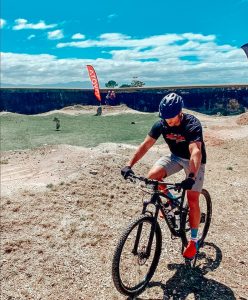 The next challenge involved me navigation my partner through a marked course. The trick was that my partner was driving the Fortuner, and I was outside the Fortuner. This was timed and the challenge was to be the quickest as well as to be the most accurate (to not hit any of the marked beacons of the course).

The forth challenge for the day involved orienteering using the Garmin watches, specific GPS points and raft building. The GPS points were plugged in our watches and led us to various points across an area of land which had certain materials which would aid us in the raft building. I sprinted around, furiously searching for the materials and we met up at the designated raft building area to build the raft. A time limit of one hour was given. We were second in starting to build our raft and after being given the approval to launch our raft, we began paddling our ways across a dam to the finish line. After fighting through a head wind, we managed to come in second behind a team made up of Dakar racing car driver- Geniel De Villiers and his partner- Michelle Meyer.

The fifth and final challenge of the day took place on a wine farm outside of Plettenburg Bay known as Packwood Wine Estate. Out in the freezing cold, we were given a tutorial on Clay Pigeon shooting by members of the George Gun club. For many of us, we had never even shot a gun, never mind participated in Clay Pigeon Shooting. What an experience, and what an enjoyable experience at that. Something I never thought I would enjoy, turned out to be thoroughly enjoyable and a fantastic new challenge.
We ended second in that challenge behind Geniel and Michelle.

Having returned to the hotel at 18:00, the final dinner and awards ceremony was due to start at 19:00. A much needed shower, an evening function commenced with a delicious 3 course dinner. The awards Ceremony commenced and was over in a flash. The winner of the Fortuner was announced as my partner, Trevor as our team had won overall. What an incredible feeling to be a member of the winning partnership. 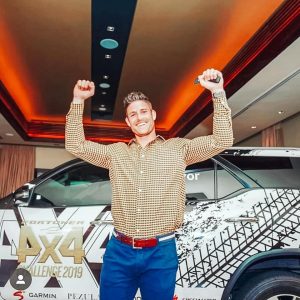 It was truly an wonderful experience, one I will always remember. Being able to participate in so many different physical and mental challenges was wonderful, and enjoyable. I am grateful to Toyota for affording me the opportunity to be able to participate in the challenge and be one of the ‘Heroes’.
I now know, that beyond competitive rowing, adventure racing is definitely something I would like to explore.

Learn to row on water