Ink Link: Even if you like it, you can still put a ring on it The Ink Link is an ongoing project at CN&CO that showcases tattoos in the workplace. One of the great things about a tattoo is it goes against the commonly-held viewpoint that “what you see is what you get”. There’s a misguided belief in certain quarters that in order to be a working professional, it is categorically *impossible* to have a tattoo… because how can someone with a tattoo be a professional? We are putting paid to that perception through the stories showcased in the Ink Link. If you or anyone you know would like to be featured, please get in contact with us. 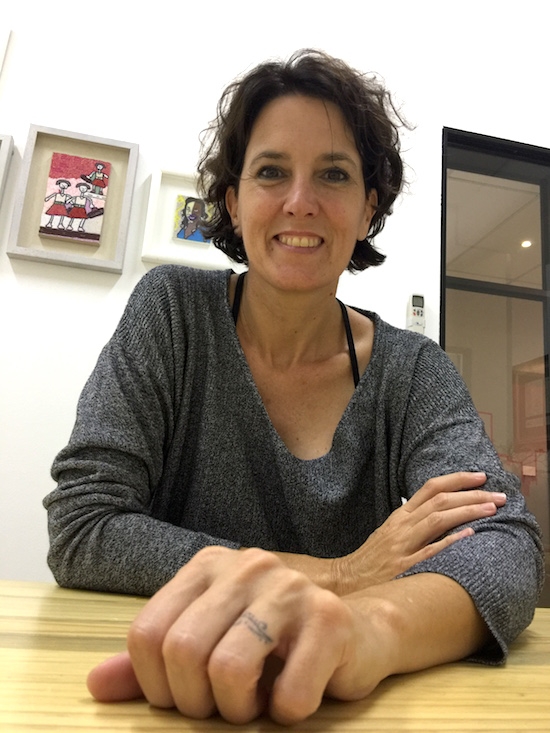 Wendy van den Heever is head of marketing at AIG South Africa. She has a tattoo. And she’s proud of it.

“There are mixed feelings in the insurance industry about tattoos,” she says. “I work with someone who has really beautiful tattoos, but she keeps them covered at work because she doesn’t believe it’s professional. Others flaunt theirs without any concern around being judged. It’s a very personal decision – firstly to get a tattoo, secondly what and where it goes, and thirdly whether to keep it covered or not.”

Wendy’s wears her tattoo as a wedding ring.

“My husband and I both battle with jewellery,” she explains. “At one point in our lives we reached a stage where neither of us were wearing our wedding rings. I had developed a habit of playing with my rings, taking them off, putting them back on, over and over. One day I realised that I had dropped my wedding ring on the floor. Fortunately I found it, but after that I wore it out less and less.

One night over a glass of wine, Wendy and her husband, Francois, were joking about the fact that neither wore their wedding rings, and that perhaps they should have them tattooed on.

“That was years ago, though,” recalls Wendy. “The subject never came up again until my birthday in around 2016.  Francois popped me a meeting request. It was very mysterious. He gave no address, but said I should keep the time open. Fifteen minutes before the time of our date, he sent me the address. I didn’t even have time to google where I was going!

“I pitched up at the rendezvous point and he said, right, we’re getting our rings done. Come.

“I hadn’t given it any thought! We had an hour-long appointment booked and we were both going in right now!”

Wendy spoke to the tattoo artist and told her what she liked and what she didn’t.

“She drew it up and I really liked it,” says Wendy. “And so I did it! And Francois had his done afterwards.

“It was a very romantic gesture and was totally unexpected. We’ve been together for over 20 years and he’s always been keen to get a tattoo, but this was his first. And mine too! My mother was horrified. Getting a tattoo is simply not something that a 40-something-year-old mother of teenagers does! But she got over it eventually.”

“For sure!” says Wendy. “We both started planning our next tattoos as soon as we had our rings done. It seems like it could become something of an addiction. I would definitely do it again, but I haven’t decided what or where. And that’s why I think this way worked. Francois didn’t give me any time to decide. I mean, how long do you take to decide what to put on your body that’s going to be there for the rest of your life? That’s where I battle. So I was lucky that I had to make the decision there and then.”

Wendy describes her tattoo as delicate and unobtrusive.

“I can still put a ring over it if I need to – although I have never been in a situation where I felt I needed to.”

The pics below show Wendy’s tattoo in progress, and the final result. 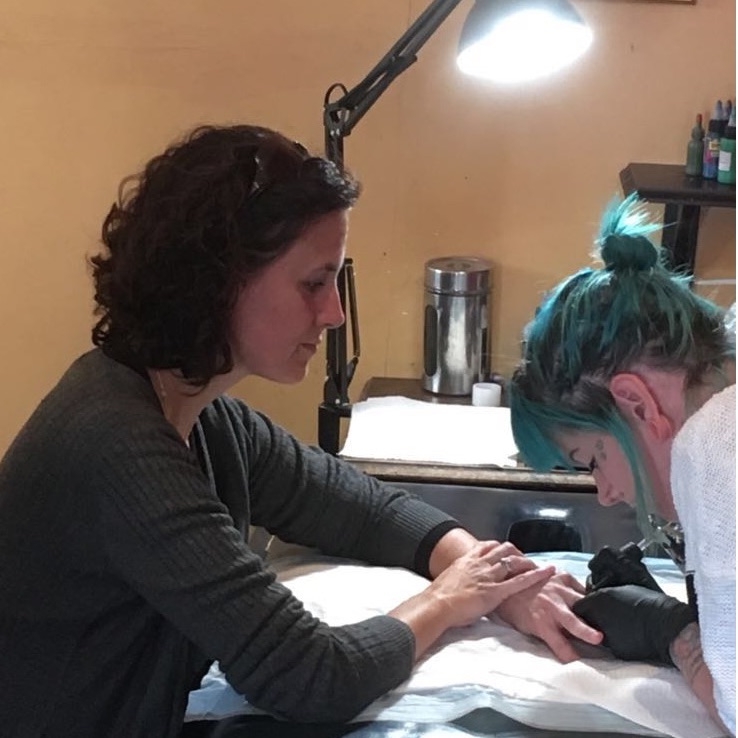 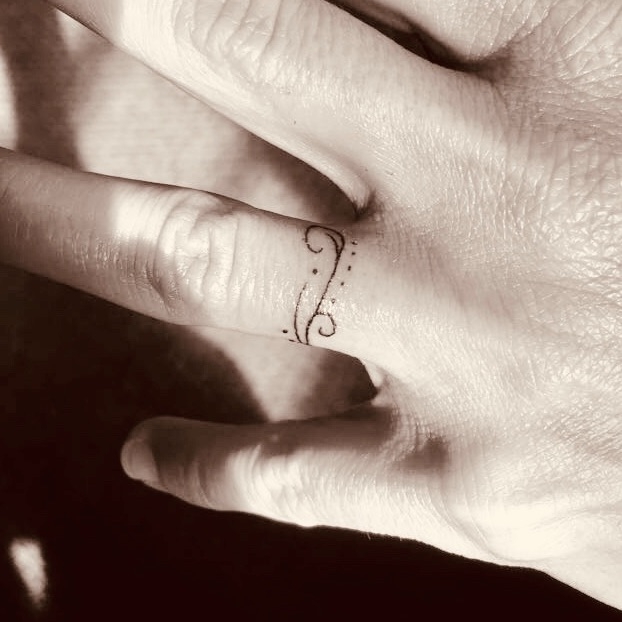 Previous CN&CO blogging up a storm!
Next I wish someone told me how beautiful sport is

IN THE SADDLE: Reaching a crossroads