“I wish someone had told me” is a series of posts that feed into our inquisitive nature at CN&CO. Each week we hear from someone in our network about something interesting or surprising that’s recently happened or occurred to them – or lessons they learnt. These blogs are a way to pay it forward and form part of CN&CO’s belief that the world can be a better place – and we all have a responsibility to make it so. This week’s post is by Colin. 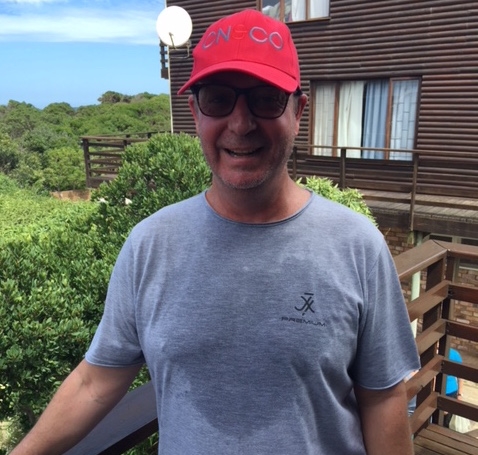 Is there such a thing as runner’s envy, I wonder? Seeing people out in the fresh air (well, not during peak hour in Joburg, but at times when it’s a bit fresher) I would often think, “I wish I could want to do that.” But I never wanted to – until recently.

I went for a walk one afternoon in the suburb we recently moved to, where the streets are wide, flat and shaded. After a while I started walking a bit faster, and then fell into a sort of middle-aged bobble-shuffle (if that’s even a thing). If it were, it would be like jogging (if that’s still even a thing), but at a walking pace.

And then one day I bought a Fitbit. I thought, “If I’m doing all this bobble-shuffling, plus my weekly spinning class, I might as well get points for it. Who knows, I could win a free cup of coffee at Vida.*”

Imagine my surprise when I realised my bobble-shuffling route was a wee bit longer than 4km!

I think it was the army that put me off running. All that “two-point-four kms in full battle gear” nonsense, wearing boots and a helmet and carrying a rifle. Oh, and if you didn’t finish in certain time, you had to do it again. I was at the nurses’ station every two days for a Voltaren injection for the pain in my shins.

So now here I am in my 40s running 5km in a respectable 32 minutes (I only got that time once – and my Fitbit might have lied – but I’m claiming it.)

After a few bobble-shuffles through the mean streets of Houghton, I decided it was time to do a proper run, so I entered the MAD2Run Hudsons run through the mean streets of Parkhurst. A 5k run, I thought. I can do this. Ah, but suddenly there were hills involved, which my bobble-shuffle wasn’t quite geared for. I started getting pains in a variety of places in my legs. Then I went for a parkrun, and the wobbliness of the course – a grass field with surprise dongas and bumps – activated those pains again. 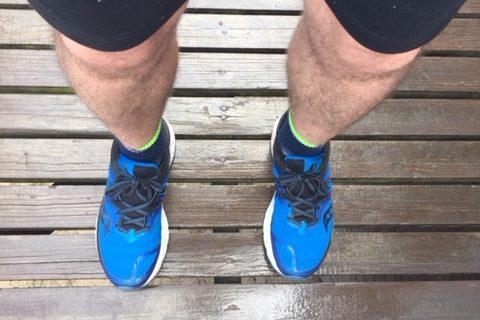 “Get some good shoes,” said Gregory.

“Why?” I asked, “these old faithfuls have served me well for the past 10 years.”

“That’s exactly why,” he said.

And so I went and bought a decent pair of shoes (an enormous expense, I might add – they cost more than the Fitbit!) But guess what… they work! My bobble-shuffle is improving, I ran 5km at the EasyEquities Born2Run Hot Legs event a week or so ago in about 40 minutes. It took three or four minutes to get going because the crowd was so big, and there were some insane hills. So, not a bad time I thought. And it’s still early days.

I started bobble-shuffling in about October 2017 and I think I’m starting to “get it” now. I have become world famous in CN&CO circles for the heart-shaped sweat mark that forms on my shirt when I run. Perhaps that’s a sign of things to come.

Last week, while I was on holiday in Port Alfred, I went for a couple of morning runs along the river, which was amazing. I did my 5km in around 34 minutes, and the heart didn’t disappoint! Who knows, maybe one day I’ll run a marathon.

I can see Carel quivering with delight at the thought! “You see, like Madiba says, you think it’s impossible until it’s done.” And he’s done his fair share of marathons has our Carel. In fact, if you’d like to help him to become the highest fundraiser for the Comrades Marathon Foundation (again), feel free to drop a few pennies in here. He is just about to reach his target, and you know how much Carel likes to top the leader board.

The money Carel raises will go to Hospice.

*Even though I don’t know where there are any Vidas anymore, it’s still nice to win things.

Previous Stories of an African Choir II. Genesis
Next Join Love our trails and Cape Union Mart for Earth Hour

Are you the Boks’ biggest fan? You could win with IIG, Allianz & #bokfever!