“I wish someone had told me” is a series of posts that feed into our inquisitive nature at CN&CO. Each week we hear from someone in our network about something interesting or surprising that’s recently happened or occurred to them – or lessons they learnt. These blogs are a way to pay it forward and form part of CN&CO’s belief that the world can be a better place – and we all have a responsibility to make it so. This week’s post is by Lorraine.

From a young age I have always been interested in clothes and how you put different items together. I can attribute this to all the time my parents spent behind the sewing machines. I remember I used to take scraps of  leftover material from my parents’ projects and make garments for my dolls; at the time I did not think much of it but years later I’ve come to realize that I use fashion as a form of self expression. I get asked often why I am always dressed up but for me I am just dressed; I do not really put too much thought into what I wear, I just put an outfit together in my head. 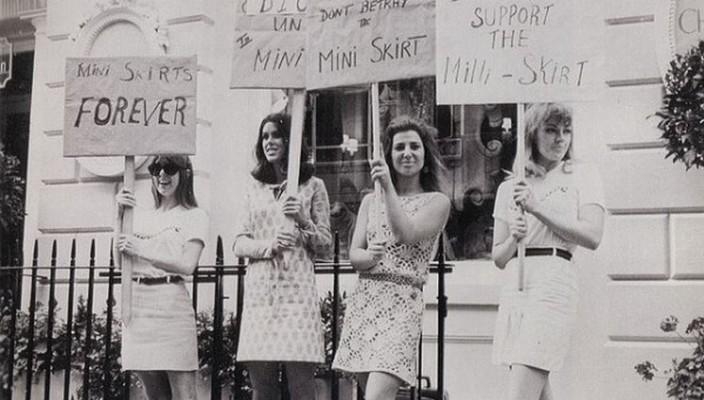 Whilst fashion is meant to be enjoyable and fun, it is sometimes not well received by some and can be used as a form of oppression. A case in point, the miniskirt had a big impact because it was part of the emerging youth culture of the 1960s and it was very much an expression of that youth culture and also of the beginnings of the sexual liberation movement. Although the miniskirt movement symbolized a noble cause, fast forward almost six decades and the miniskirt is worn in rebellion as a form of protest against patriarchal views and sexual violence against women.

Another way that fashion has been a tool for challenging the status quo is the case of female education and Nobel Prize laureate, Malala Yousafzai. Yousafzai was trolled on social media after an unverified photo of hers wearing jeans surfaced. Some social media users were offended by the more western attire as she is Muslim. Whilst she may not have meant to cause outrage or protest, societal status quo dictated otherwise.

Miuccia Prada said “what you wear is how you present yourself to the world, especially today, when human contacts are so quick. Fashion is instant language.”

So next time you are getting dressed, think about what your clothes say to others, then ask yourself, “do I care?” the answer to which should be an affirmative NOPE!

Be a little kinder

Loving what you do – CN&CO talks

You can #ownthemarket with Satrix – read how here.