I WISH SOMEONE HAD TOLD ME: 25 isn’t that scary “I wish someone had told me” is a series of posts that feed into our inquisitive nature at CN&CO. Each week we hear from someone in our network about something interesting or surprising that has recently happened or occurred to them – or lessons they learnt. These blogs are a way to pay it forward and form part of CN&CO’s belief that the world can be a better place – and we all have a responsibility to make it so. This week’s post is by Emi Adriano who is grappling with the idea of a quarter-life crisis.

In my pastime, I often find myself sitting on Pinterest flipping through an endless stream of images that consolidate everything from fashion and lifestyle to life lessons and relationships. On August, 8 I turn the supposedly dreaded 25. Make no mistake: 25 is special one. It’s an age when we stand on the cusp of a new chapter in our lives having lived through 25% of our lives, and are now undeniably adults. This new chapter brings with it a whole new bunch of responsibilities, a handful of new information and a few undeniable disappointments.

A few years ago LinkedIn published research that indicated that 75% of 25-33 year olds have experienced a quarter-life crisis. A quarter-life crisis is defined as The Muse puts it is, “a period of insecurity and doubt that many people in their mid-20s to early 30s go through surrounding their career, relationships, and finances.”

Having spoken to thousands of professionals globally, some of the main concerns amongst individuals experiencing a quarter-life crisis, according to Blair Decembrele in her LinkedIn research are concerns such as: 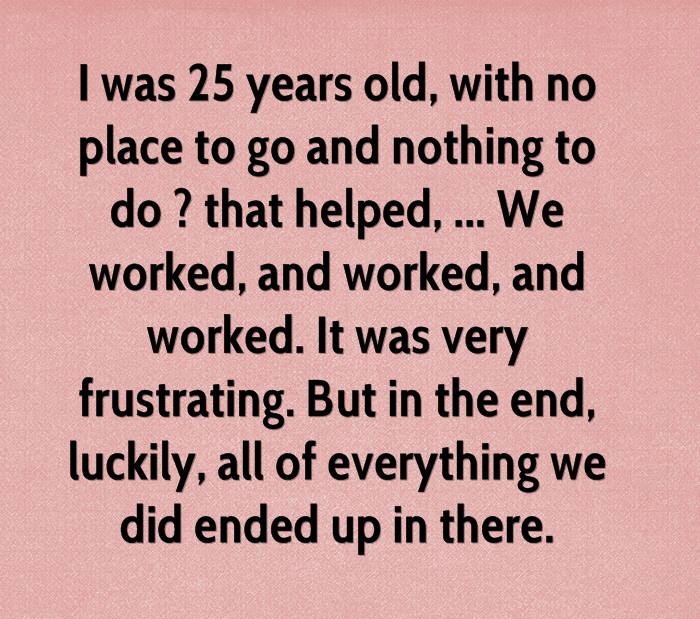 Overloaded with information about what turning 25 is supposedly meant to feel like, I turned to some of my family, colleagues and partners to get some insight into what to expect when reaching my quarter-life mark.

My Nonna has always been my best friend, and seeing as though 25 was a long time ago for her, I thought this would be a good place to start:

At 25 years of age I was married with my two daughters Tiziana (who was 3 at the time) and Ivana who was 2. I was a housewife dedicated to my children and my husband. My favourite thing to do at the time was cooking and still is today.

My dad’s response was no different to what I expected:

At age 25, I had already been working for 9 years and had probably just proposed to your mom on the stoep of your Nonna’s house. I was not earning much and was working hard to improve my/our lifestyle.

I then turned to my team and some of our partners. Being quite a bit younger then my dad and Nonna and growing up in a different times, I expected the answers to be a bit different and was by no means surprised by the epic things that they were doing at my age:

Work: 3rd year at Etana as a brand manager (developing project management and communications skills; identifying with and understanding the role of social media and digital developments; understanding insurance and brokers; learning about people and company culture)

Planning, reading and having a framework on how you go about each day I remember was one of the most challenging and most fulfilling lessons I learnt. Engaging and getting to know people, building relationships and knowing what’s going on in your surroundings started to show its relevance and linked to all that we do, who we meet and how future conversations or moments would be shaped

Life: Travelling as much as possible (tried to stick to the habit of one overseas trip a year and experience something different – like the new Juventus stadium and Tuscany). Spending time with friends, you realise the importance of this more and more as you grow. Enjoy your hobbies and sports – for me that’s golf, exercise and soccer. Grow with your family – through the hard and tough times

I finished my masters degree aged 22 and turned 23 shortly thereafter. I then went to London and worked at the BBC. So, at age 25 I was living in London and working as a programme executive for the BBC. I am still friends with, and see, many of the wonderful people I met during that period.

I read a lot, travelled a lot, had amazing experiences, but I should have focused more on health and fitness then.

When I was 25 I was a writer/sub-editor and head of production at a publishing company called M&M Publications*. It was my first “real” job, and I worked there until I was 30 – a total of 10 years. That year, 1995, was also the year I went on my first overseas trip, starting in Toronto for a conference, then heading all over the US with my best friend from school (who is still my best friend) and his partner (who is now his husband) and ending with a week in London. I also bought my first house when I was 25, a tiny cluster in Midrand. So it was an exciting age for me. I was also busy with my IMM marketing diploma at that time

* M&M Publications was one of five premises I have worked at on Oxford Road, including CN&CO (which is technically on Corlett Drive, but on the corner of Oxford, so it counts). The universe just keeps bringing me back here.

Lets chalk it down to what I was doing in my 25th year rather than the day I turned 25 if that makes sense?

Technically your teens are the years of adolescence but I feel like my real coming if age happened in my 20s. At 25 I was running an industrial theatre business with two of my varsity colleagues. I stayed with my best friend and roomate in a flat in Killarney and while everyone was headed to SA for the 2010 World Cup, we took a trip tp Amsterdam, Berlin, France and Prague. It was an unforgettable holiday and also the last time I was a redhead, which I am again now. It was also the year of long distance love, my first Oppi Koppi, and a weight loss journey that would see me lose 30kgs. So much about me has changed since those days when I used to write Martini reviews,  and was just starting to use Facebook. I’m in a whole new world now, but man my 20s were such an important part of the adventure that brought me here!

25 was the hardest year of my life; I tried to qualify for the London Olympics. We didn’t make it due to a multitude of reasons in the build-up – a lot outside my control – and we were not fast enough to late qualify. It was very difficult and I had to look deep within myself to see if I wanted to carry on rowing and go through it all again. I always had the support of my family, Kate and mates to keep me going in the difficult times. Plus I always believed in myself.

I’m very happy that I carried on as I never lost my love for the sport. Winning a medal in Rio made it worth it. But there were also dark times for me.

At 25 I thought I had my head screwed on pretty tight, even though I was also very aware that it was almost always up in the clouds. I turned 25 in 2010, World Cup year. I was a party boy through and through and was just starting to crack my first nods for first team club rugby at a fairly high level. I was doing well with getting through my MA at the University of Cape Town, which I would eventually graduate with distinction at age 26. I was still steadily teaching undergraduate history to 1st and 2nd year students and had started working part time as an assistant to an industrial psychologist. All in all things were going pretty well at 25, but if you had told me how different everything would be from how I had “planned” it, even three or four years on from there, I would have been amazed. Oh, and by age 25 I had also featured in a major Hollywood film and done a few gigs on some series.

At age 25 I was working and living in London with minimal responsibilities apart from getting myself through each month in (relatively) one piece.

Social life is central to London-living if you want to keep sane; big nights out at new and favoured watering holes was what our lives revolved around. My 25th birthday was spent down at my brother’s restaurant in Brighton with a big bunch of friends after a successful club rugby game. We watched the Springboks play Argentina in the Rugby World Cup Semi-final over plates of tapas and countless drinks, before heading out for another late night of adventure!

Around 25, we were setting up and confirming CN&CO as a business. Some board meetings and travelling with Carel,  while consulting to Fulcrum. There we were getting the brand out there, assisting with some HR, PR and brand in general, while also working on the EasyEquities brand. It was definitely work hard play hard back then; a lot of networking, a lot of events and a lot of late nights. Learnt a lot and built and grew many relationships.

When I was 25 I was working in sales for RISKAFRICA magazine, a well known insurance industry magazine. I was living in Blouberg Cape Town on the beach front. I spent all my free time at the beach – on weekends as a lifeguard and in the early mornings training for surf boat racing. Imagine a 400kg boat being rowed through big waves; it was a balance of fun, adrenaline and fear. 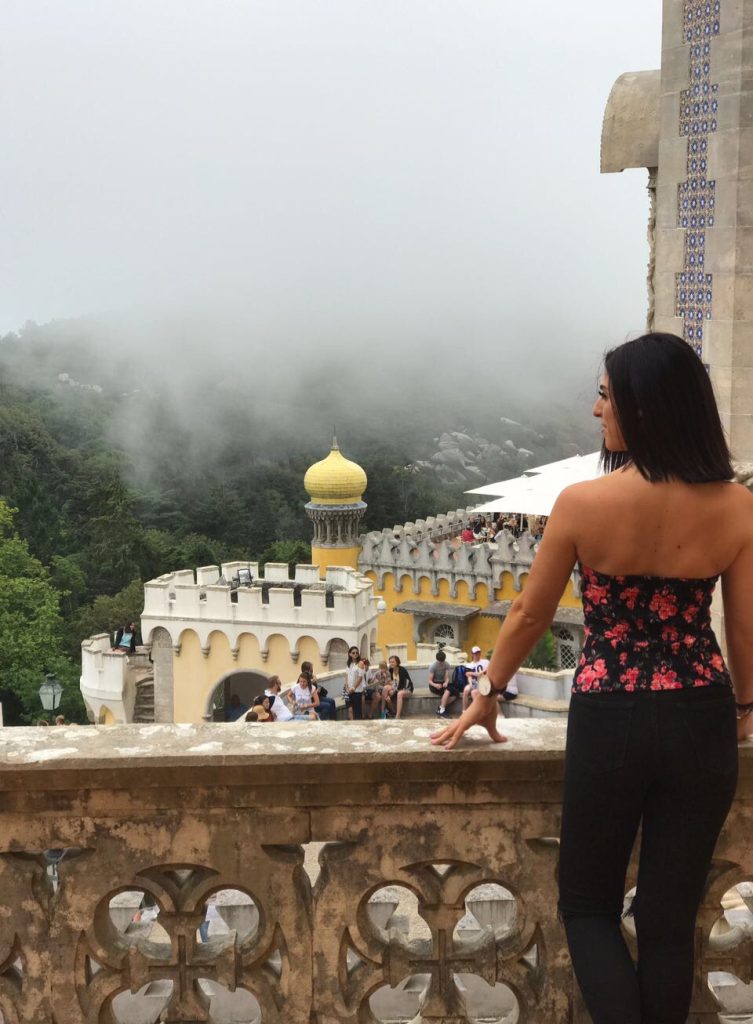 I often find myself consumed by questioning the direction of my career, relationships, and overall life purpose. This concept of a quarter-life crisis according to me is a period of soul searching. It’s a transformational phase of exploring and experimenting in order to find my niche. I am surrounded by a bunch of epic people with an abundance of knowledge and experience for me to listen to and learn from. The best part of this exercise was the fact that the confines of ‘expectations’ had been completely shattered and each and every one of them were on their own paths, journeying through life and taking the necessary steps to get them to the point where they are at today in and amongst the chaos of navigating this whole “quarter-life crisis” thing.

That being said, one thing became very evident: the quarter-life crisis doesn’t have to be something to fear. It may actually be the thing I need to experience to take my life to the next level. Working through challenges, pressures and expectations and taking advantage of working with others will only assist me in piecing my life together, one step at a time. All it really takes is some self-reflection, shifting gear where needs be and questioning what is and isn’t serving my growth and development.

In a 2005 editorial on mid-life crises, TIME’s managing editor, Nancy Gibbs, writes, “We are living too long and too well to stay settled even in a contented state for more than a few years at a time.” In the thick of endless uncertainty around who we are and what we want, crises can be a strangely comforting reminder that nothing is permanent. The only way to navigate the uncertainty is to keep striving. With that being said…. 25, I’m ready 😉

Previous Club Med: Your next baecation should be in Mauritius
Next MAD2Run 2018 Recap

The Ink Link – ANONYMOUS a.k.a. “The Hipster Lawyer”

BIG deals with Ground the venue!